With concepts in the proposed engaged in Ambiemtal responsibility, Triqueda Farm develops its activities in a sustainable and environmentally friendly. Attentive to practices of the Clean Development Mechanism, tool of the Kyoto Protocol, Triqueda Farm acts in:

The current level of carbon emissions in the atmosphere is the highest of the past 420 thousand years. We have the eight warmest years in history occurred in the last decade, being Greenhouse Gas Emissions are largely responsible for climate change on our planet, especially for global warming is causing forest fires, changing ocean currents, melting and rising sea levels.

In the forests of eucalyptus plantation, carbon is converted into biomass at the trees through the process of photosynthesis. In that way we help in reducing pollution and temperature of the planet.

Cattle is a major source of greenhouse gas emissions in Brazil and contributes with 29% of the volume of methane emitted in the Brazilian territory, either by fermentation in the digestive process or the waste.

As we raise cattle by feeding only by pasture at on the integration system (Forestry and Cattle in the same space), the Triqueda Farm can neutralize all the methane gas emitted by all its cattle, and even generate surplus credits.

Because the same explanation of Soil Conservation, the reduction in water velocity caused by the horizontal level alignment, makes the system more efficient at the water infiltration into the soil. This additional water helps to increase the volume and strengthen of the sources. With the reduction of erosion, siltation of streams and rivers is avoided.

The alignment of the trees in contour level causes slower fall speed of rain water, reducing its strength and its impact on soil structure, and the erosion risk in these areas; the branches and leaves of trees are left in the plantation area to decompose to become organic fertilizer. 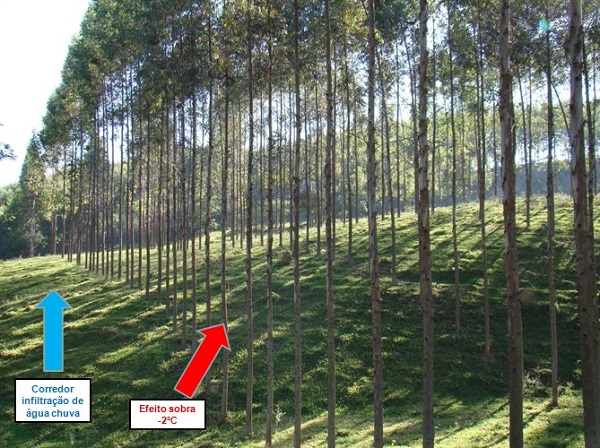 The farm has 46% of its total area made up of its Legal Reserve of Forest and Permanent Preservation Areas. In that way, providing its contribution to mitigation of impacts on the biodiversity in the environment that it operates.

If you want more details, I suggest reading the Chapter 2, of the book Business and Environment of Farm Triqueda – 2nd Edition Click here to access the book 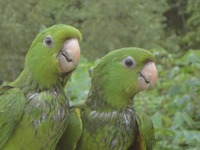 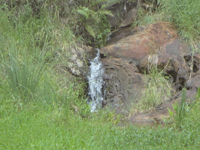 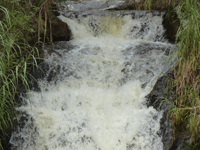 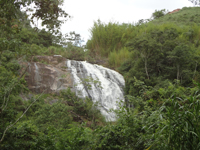 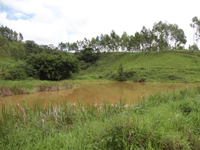 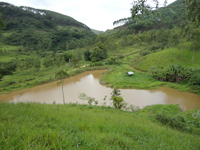 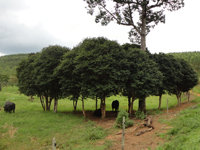 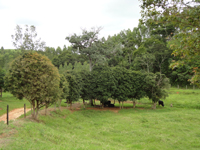 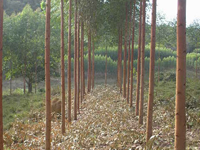 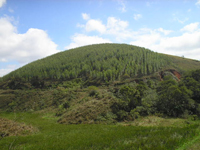 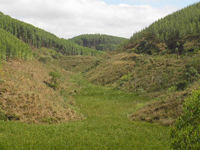 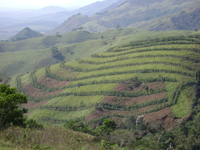